“How Many Black Male Teachers Did You Have Growing Up?” 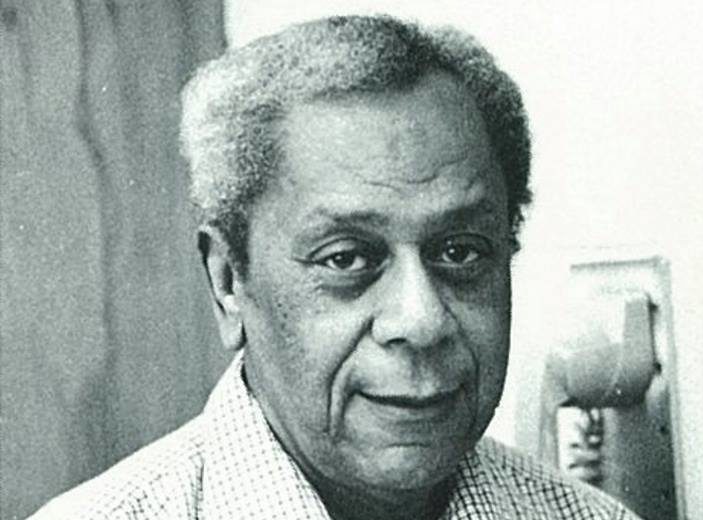 Black Enterprise Magazine poses the question: “How many black male teachers did you have growing up?”

(h/t Nettrice Gaskins for posting the article in her social feed.)

In WASPy Caldwell/West Caldwell, N.J., the faces of ethnic diversity were Irish and Italian Catholics, Greeks (Orthodox, natch) and the occasional Jew.

At James Caldwell High School, George Harriston, who taught Latin and Honors English, was AFAIK the sole African American teaching at the school and possibly the school system at the time.

He knew his classics cold, adored Thomas Mann, and made us sit through “Death in Venice,” his favorite movie, the subtleties of which were utterly lost on us. But his reaction at the movie’s denouement has been stuck in my mind ever since … a long, wistful sigh and an expression of longing for something lost and gorgeous.

He was universally loved, his Latin students called him “Georgibus Rex,” deliberately misusing the conjugation (which I only know because he told me, I never took his Latin class, though I wish I had), and he would wave his hands in exasperated dismissal of the wiseacres while smiling slightly as he turned back to the blackboard.

I remember once, a shocked rumor went around the school … Mr. Harriston had been pulled over by Caldwell police en route to a faculty party for something that would later be called in mass media “driving while black.” That terminology wasn’t commonplace in that town at the time.

We (the students) couldn’t believe it. Pulling over MR. HARRISTON? WTF???

He never discussed it, never shared any of his experiences as an African American with us. It was never a topic of discussion and I never heard — or heard of — any derogatory racial discourse about him

While racism against African Americans undoubtedly existed in my home town, no one expressed that around me. Ditto for slurs against Asians or Latinos. It all seemed quite taboo. The derogatory jokes I did hear were largely aimed and Poles and gays, occasionally Jews, and were mostly told in elementary school.

I have come to understand now that racists, even today, are pretty careful about whom they express their views around; they ‘test you out’ with a few mild key phrases to see if you respond, and if you don’t, they clam up. Perhaps that’s why my ears were so virginal in those tender years.

I imagine today, knowing what we all now now about race in post-racial America, that Mr. Harriston probably dealt with racism on a fairly routine basis.

It haunts me, that this brilliant, kind, sarcastic man, with his faint smile and love of letters, should have been subjected to such behavior. That it would be a common denominator in his life and in the lives of millions of other African Americans.

George Harriston died in 1999 and any donations in his memory were put in a college fund for JCHS.

He was one of my favorite teachers and one of the people I credit for profoundly deepening my appreciation of English language and literature.

The 19th anniversary of his passage is this coming Saturday.

HARRISTON – George E. Harriston, died on Aug. 11, 1999, at St. Barnabas Hospital. The cause was heart failure. Mr. Harriston was an English and Latin teacher in the Elizabeth and West Caldwell school systems for 37 years. He had been an advisor to the school newspaper at Caldwell and served as coordinator of foreign languages. A graduate of Montclair State College, he pursued graduate studies at Rutgers, Seton Hall and University of Minnesota. Mr. Harriston served as a member of the Board of Trustees of Orange Public Library. He also had been an adjunct professor at University College, Rutgers Newark for 20 years. He was a member of the New Jersey Education Association. Mr. Harriston served in the Army Transportation Corps during the Korean War. Born in Elizabeth, N.J., he lived in Newark, Orange, Montclair and Bloomfield during his professional life. In lieu of flowers, those who wish may make contributions to College Scholarship Fund of James Caldwell High School, West Caldwell, N.J.